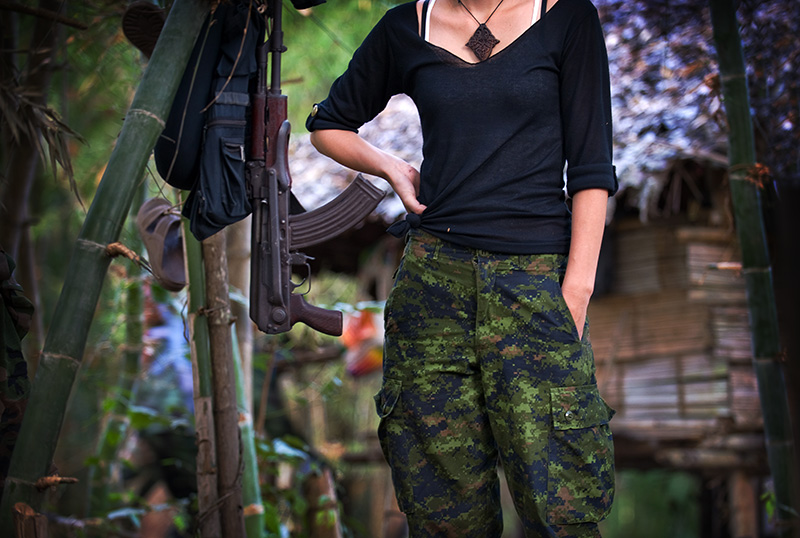 
Canadian NGO staff awaits KNLA soldiers to provide her an escort to distribute non food items to the IDPs who were displaced when Myanmar forces entered and torched the village.

Often raids by the Democratic Karen Buddhist Army (DBKA), Buddhist splinter group of KNU and the SPDC government forces occur in the villages of Karen state and the crops and food is taken away, often people are killed with pretext of being supporters of KNLA.