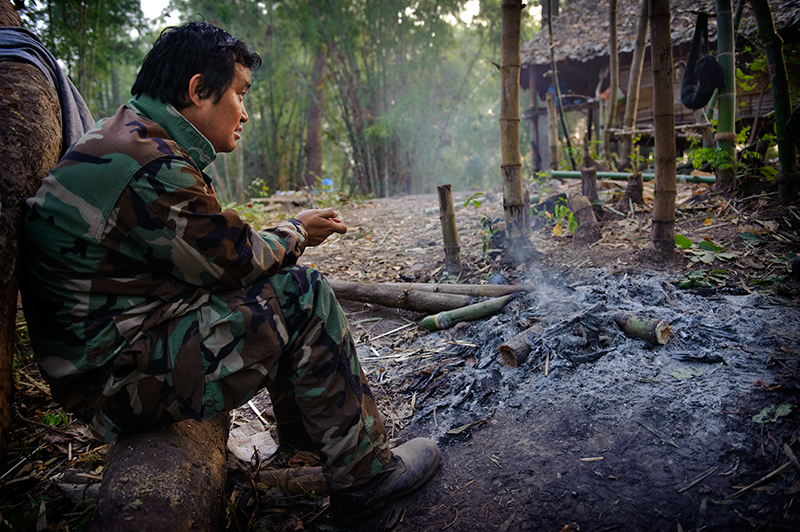 
Colonel Ner Dah Mya, commander of the 201 bataglion of the KNLA army looks on while planning the partol route to reach the Neapeta village which was recently attacked by the Burmese forces.

Colonel Ner Dah is one of the two sons of the legendary KNU leader Saw Bo Mya who died on 23 December 2006 of the heart attack.