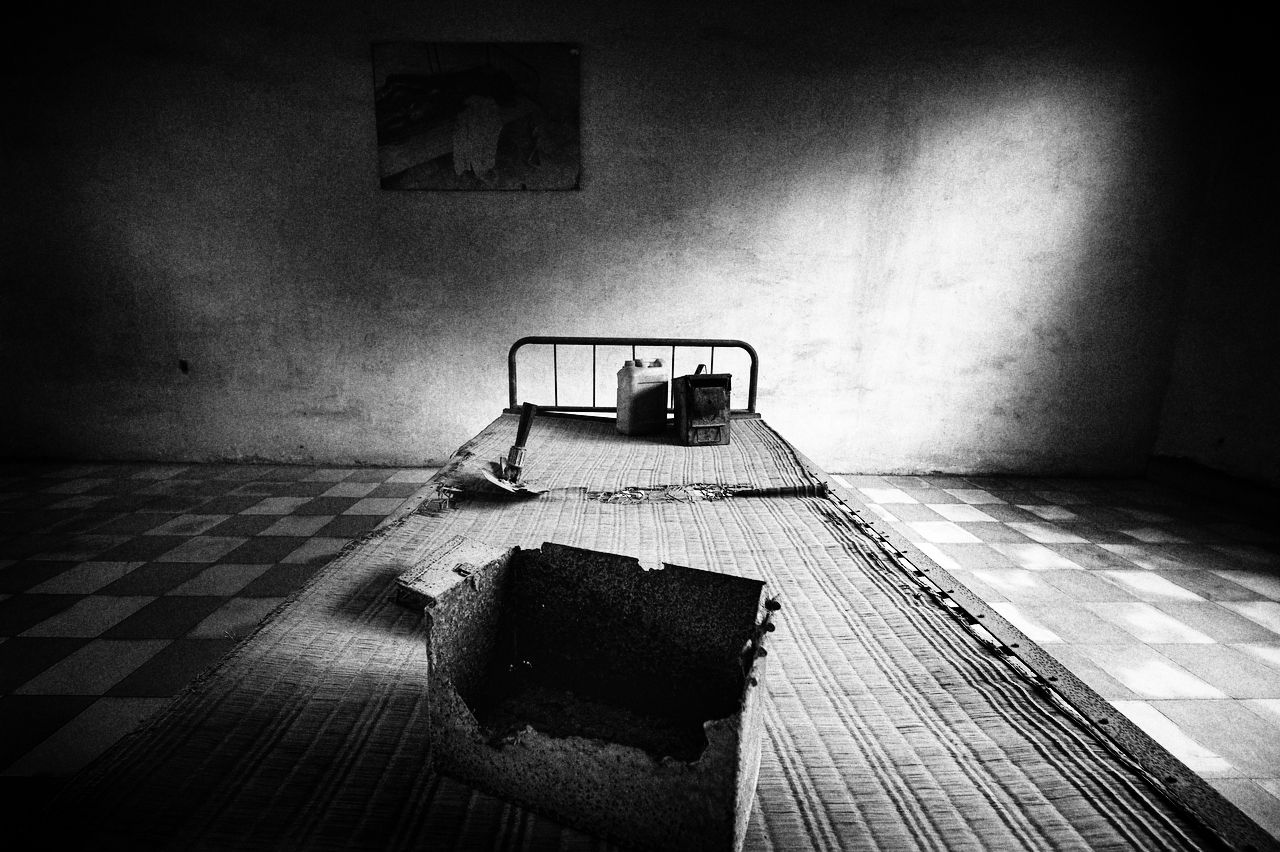 
The torture system at Tuol Sleng was designed to make prisoners confess to whatever crimes they were charged with by their captors. Prisoners were routinely beaten and tortured with electric shocks, searing hot metal instruments and hanging, as well as through the use of various other devices. Some prisoners were cut with knives or suffocated with plastic bags. Other methods for generating confessions included pulling out fingernails while pouring alcohol on the wounds, holding prisoners’ heads under water, and the use of the waterboarding technique. Females were sometimes raped by the interrogators, even though sexual abuse was against Democratic Kampuchea (DK) policy. The perpetrators who were found out were executed. Although many prisoners died from this kind of abuse, killing them outright was discouraged, since the Khmer Rouge needed their confessions. The "Medical Unit" at Tuol Sleng, however, did kill at least 100 prisoners by bleeding them to death.