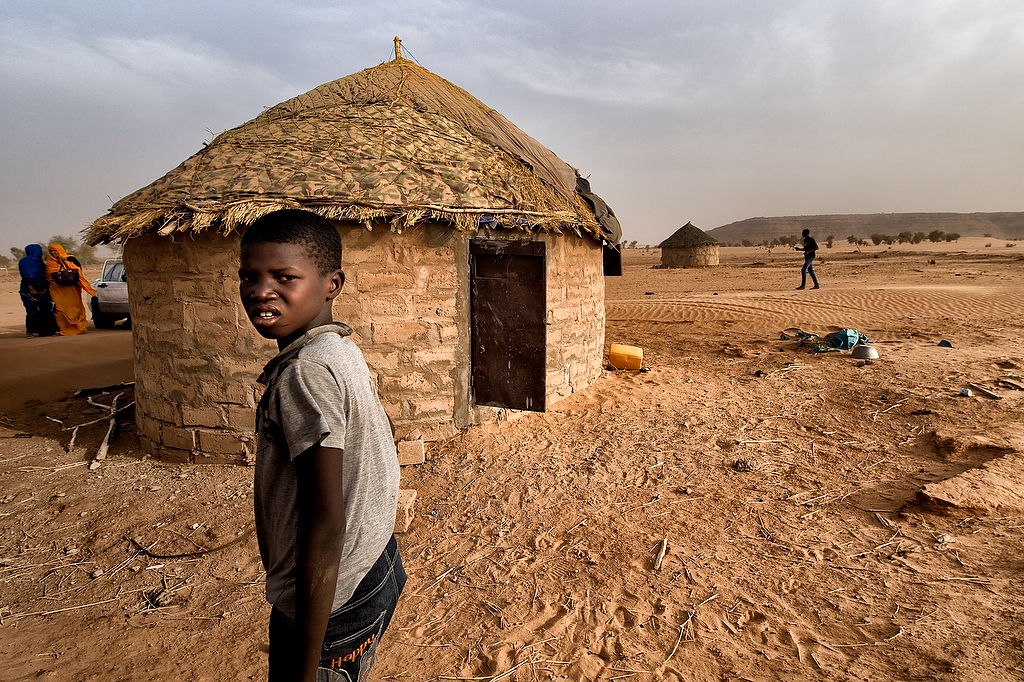 A boy walks past traditional houses in village Baghdad 2 in the outskirts of Guerrou, Mauritania.

Female genital mutilation/cutting (FGM/C) refers to all procedures involving partial or total removal of the external female genitalia or other injury to the female genital organs for non-medical reasons.

More than 130 million girls and women have experienced FGM/C in 29 countries in Africa and the Middle East where the practice is most common.

Nearly 70 per cent of girls and women in Mauritania have undergone FGM with those living in rural areas and from poorer households more likely to experience the practice. FGM/C may cause severe pain and can result in prolonged bleeding, infection, infertility and even death.

UNICEF and the government of Mauritania together with communities, NGO’s and other partners laid the path to fight to abandon this practice.

In Mauritania, the multi-layered strategy to end FGM/C has been making progress.

In 2008 a national strategy and action plan to abandon the practice was launched on the International Day of Zero Tolerance to Female Genital Mutilation. In 2011, in Nouakchott, religious leaders issued a fatwa forbidding FGM/C and emphasizing the dignity of human beings in Islam. Local religious leaders took part in launching a regional fatwa with their peers in nine other African countries – Burkina Faso, Egypt, Gambia, Guinea, Guinea Bissau, Mali, Niger, Senegal and Sudan.