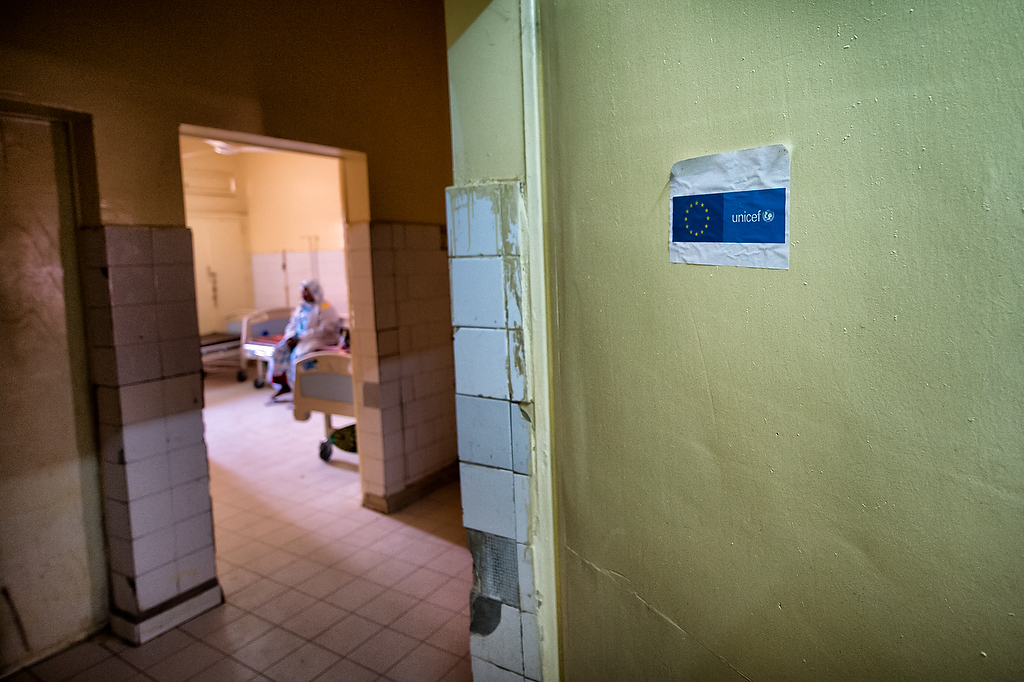 A mother sits on the bed of the intensive care unit in CRENI, a clinic for treatment of Severe Acute Malnutrition with complications in Aleg, Mauritania.

Through its main office in Nouakchott and a sub-office in Bassikounou, UNICEF Mauritania’s aims to reach all children, in every part of the country. UNICEF works with the Government, civil society and national and international organizations to make Mauritanian children’s right to survival, development and protection a reality.