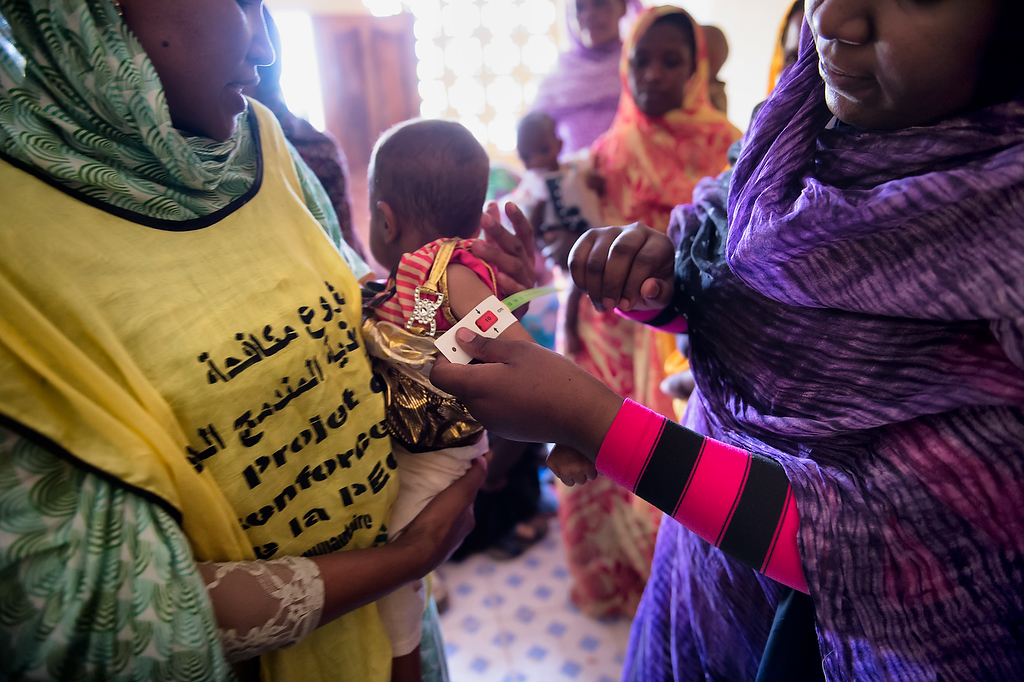 A child's mid-upper arm circumference (MUAC) is measured during the screening campaign on malnutrition in CRENAS centre, Tidjikja, Mauritania.

The measurement of MUAC at this child reads severe malnutrition. She was immediately referred to further treatment.

During the malnutrition screening children and their mothers undergo anthropometric measurements containing weight for height, upper arm circumference and general check up. Children who\'s anthropometric measurements fall under general recommendation are referred further for treatment as required. In the centre appetite test is performed for children who are screened as malnourished.

UNICEF CRENAS centre is suited within maternity ward building in Tidjikja and it is managed by NGO AMAMI.