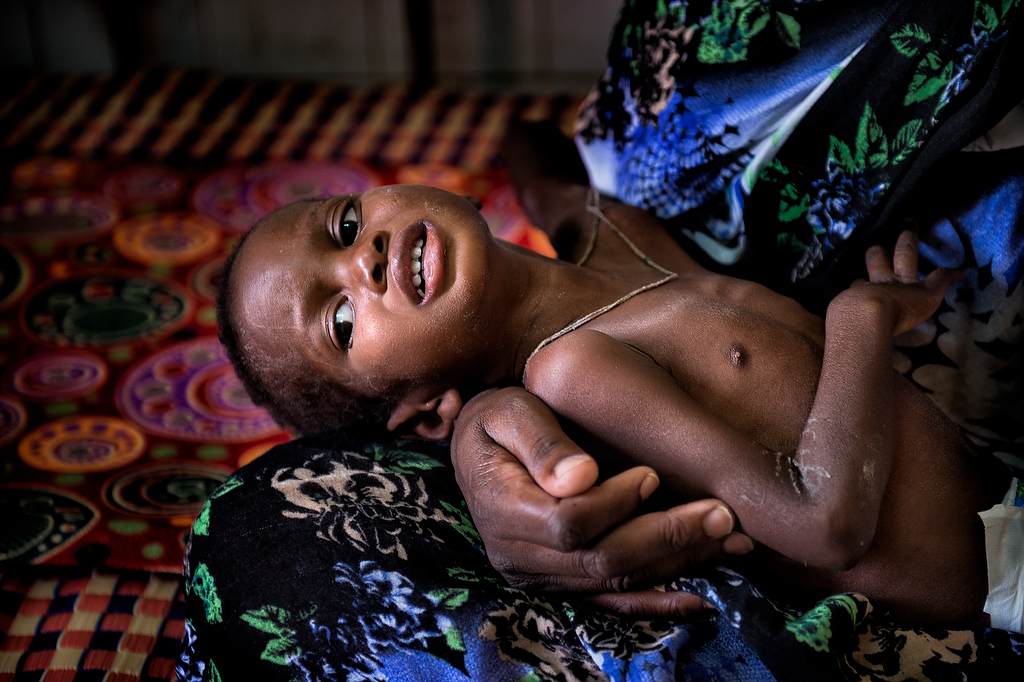 Mohammad Olud Barack 2 years old child with severe acute malnutrition, sits on the lap of his mother at the intensive care unit of CRENI in Aleg.