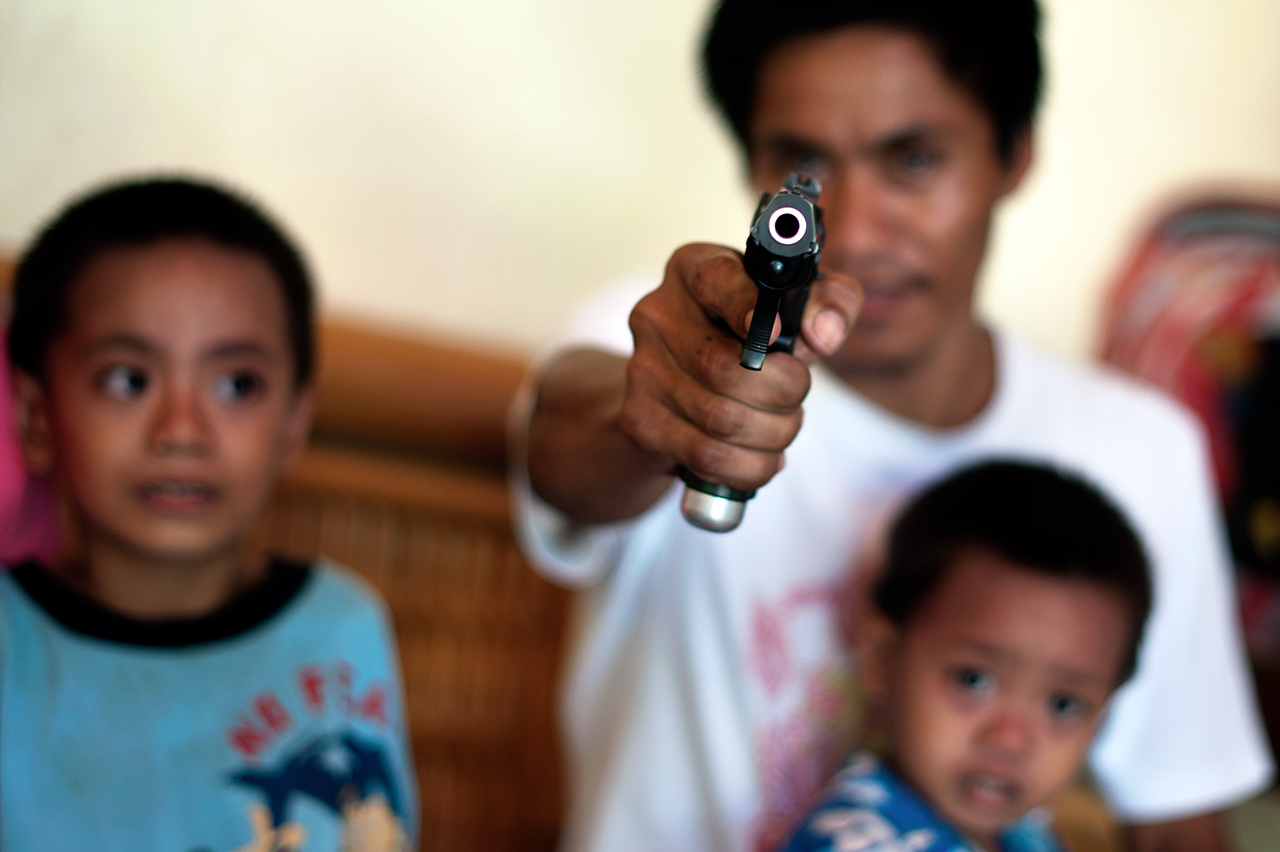 Dodz Surak points his gun as a sign of his determination to defend his family.

Several years ago his family entered blood feud as his cousin was killed while trying to negotiate reconciliation between two feuded families in area of Cotabato city in Mindanao. Subsequently Dodz and his family killed several members of the rival family. In fear of retaliation Dodz always carries not only a hand gun but also M16 rifle and ammunition.

He has never been arrested for killing of the rival family members.