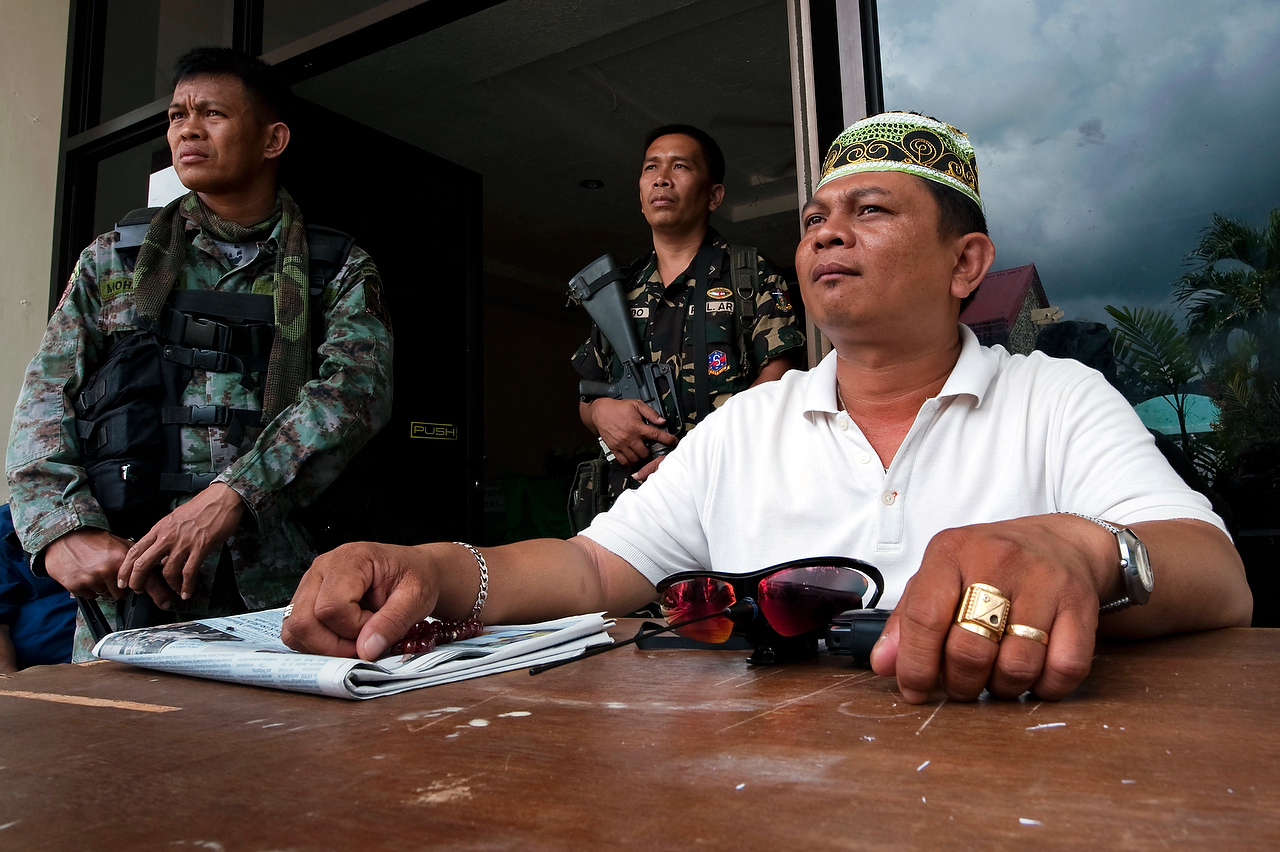 
Abdul Wahad "Allan" SABAL, Liberal party candidate for vice mayor of the Talitay municipality is escorted at all times by armed special police force officers. There have been several attempts on lives of Sabal brothers since the election campaign began. The grenade was launched in their campaign HQ killing one person and injuring ten supporters.