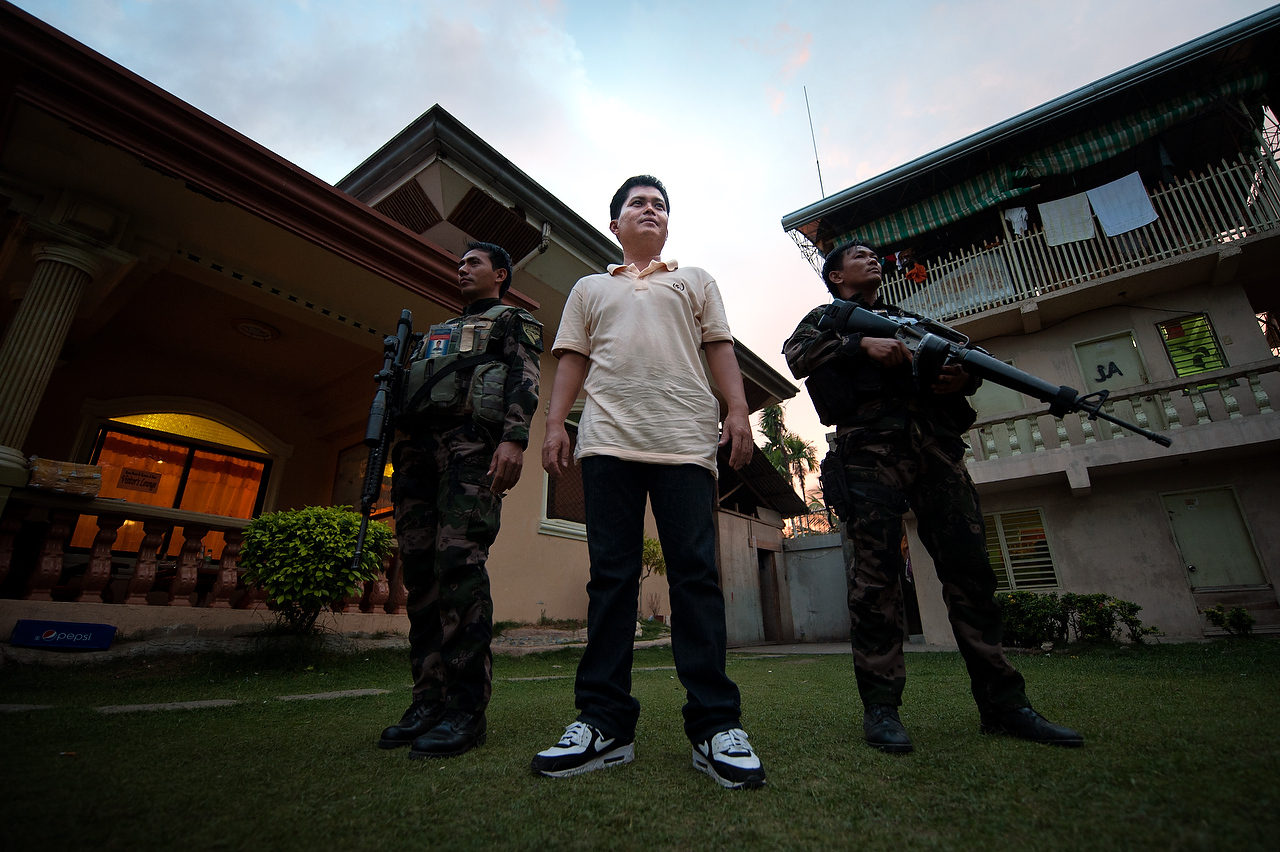 Willson Nandang, the Liberal party candidate for mayor of Pagadin city stands between two armed police officers in his family house in Pagadin city. Mr. Nandang claims to have escaped attempt on his life. his killing allegedly was ordered by the family of the current mayor. He claims to have been ambushed by the Philippine National Police (PNP) captain Oscampan Buinaopra who still is in the PNP service.

Dozen of supporters of the Liberal party candidate for mayor Willson Nandang where heading to campaign rally when group of armed men in bonnets ordered supporters to leave the scene while they killed a driver, Abubakar Padino Somal (47) was killed in Nuburan village, Langapod municipality. Number of killed persons from Langapod municipality is six while several dozens were injured since the election campaign started in Zamboanga del Sur, Mindanao.