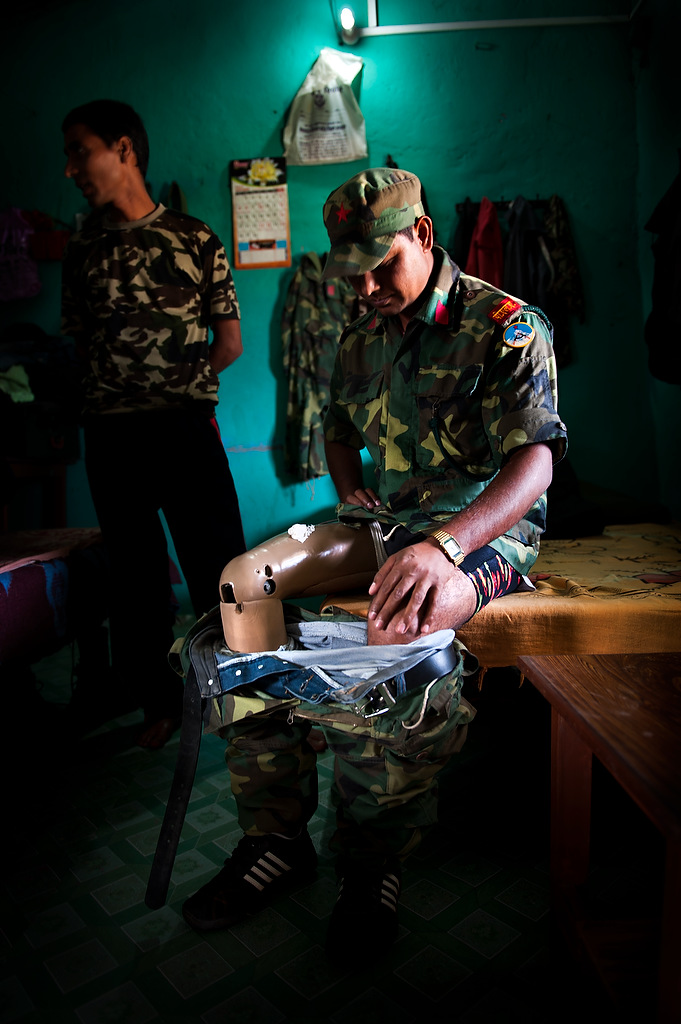 PLA fighter Sanjay Katlel,(27 years old), looks at his artificial limb while sitting in the dormitory of the Lakesh memorial brigade in Gorange in far western region of Nepal.

Sanjay lost his right leg to a mortar shell during the battle with Royal Nepalese Army in Rukum, far western region of Nepal. Thousand of injured PLA fighters hope that integration into the Nepal Army would enable them to retire and gain health insurance and retirement benefits in order to be able to live life with different abilities.