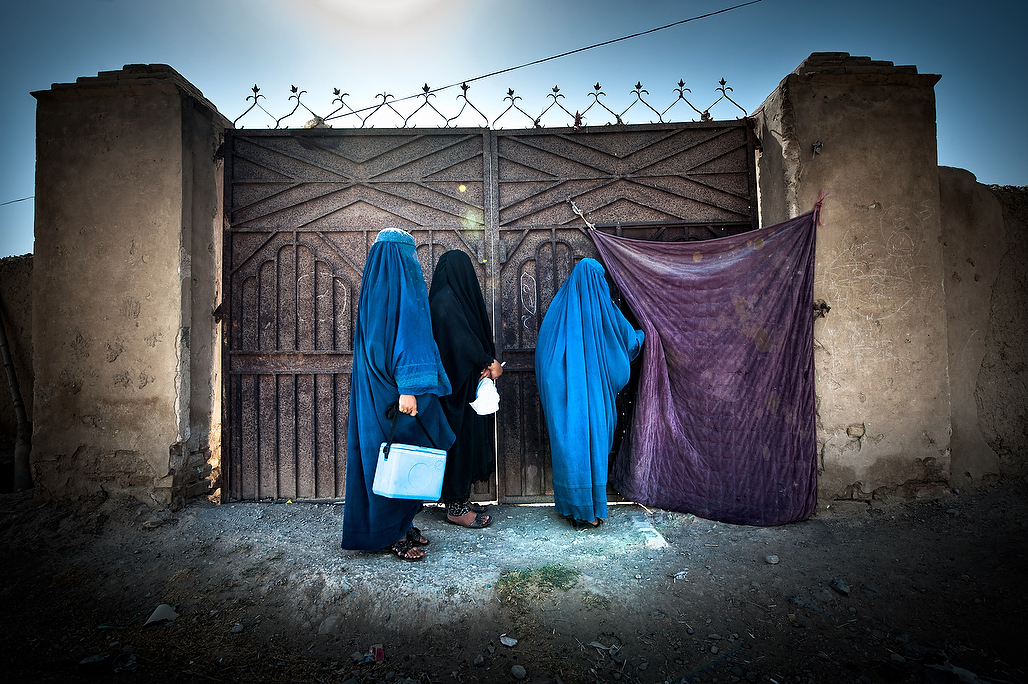 Female team of vaccinators in front of the gate of the house where children are to be vaccinated.