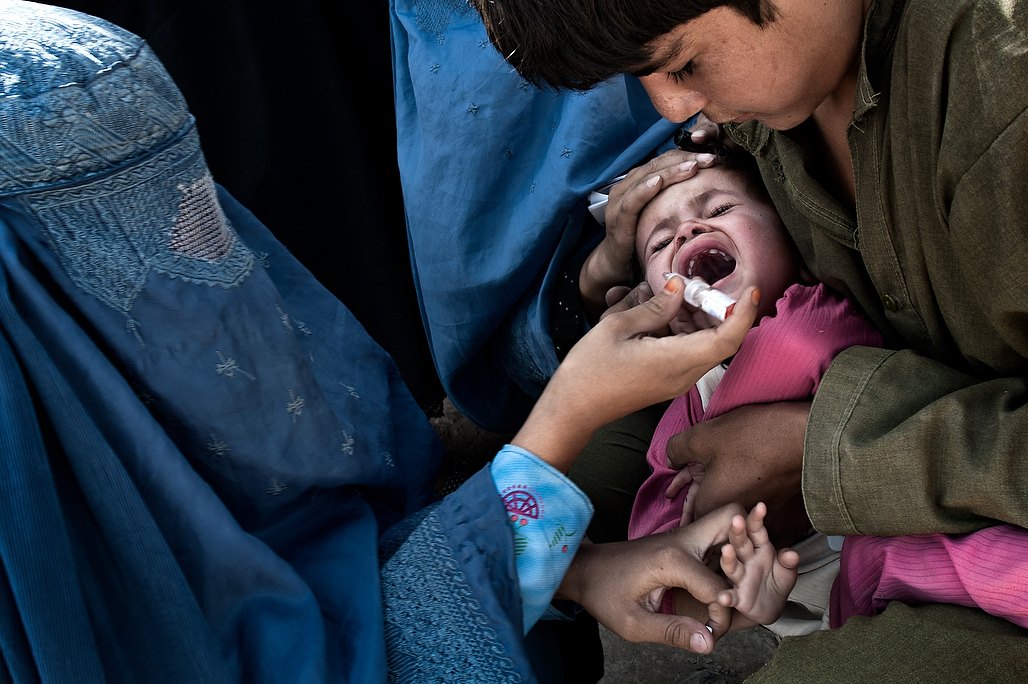 A female vaccinator vaccinated a child.