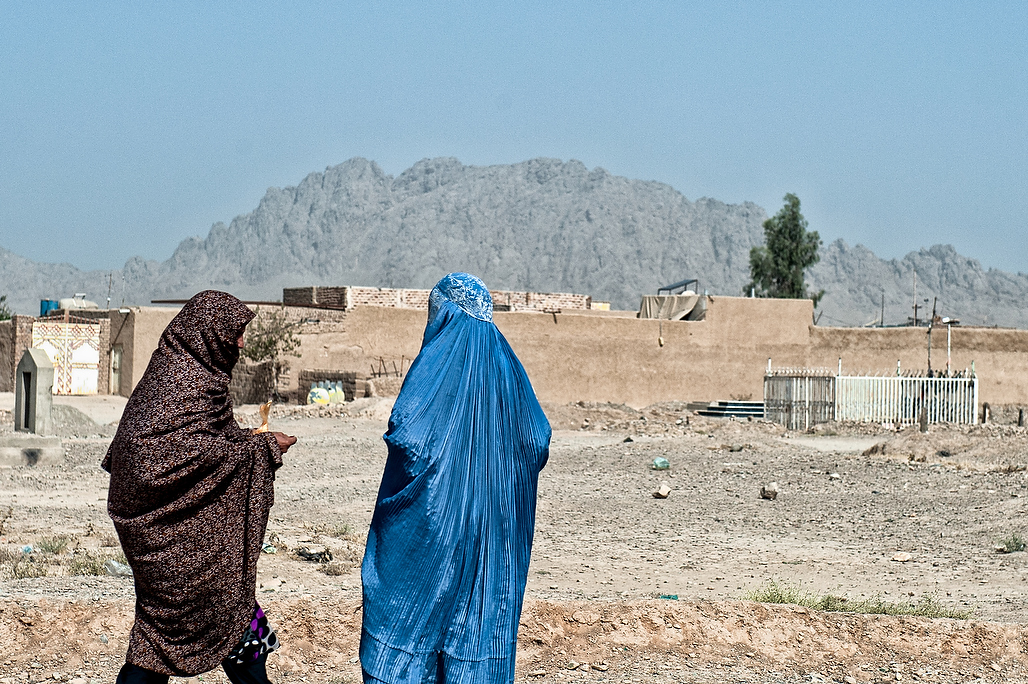 Two female social mobilizers walk past the cemetery on their way to start their polio mobilising work in the suburbs of Kandahar.