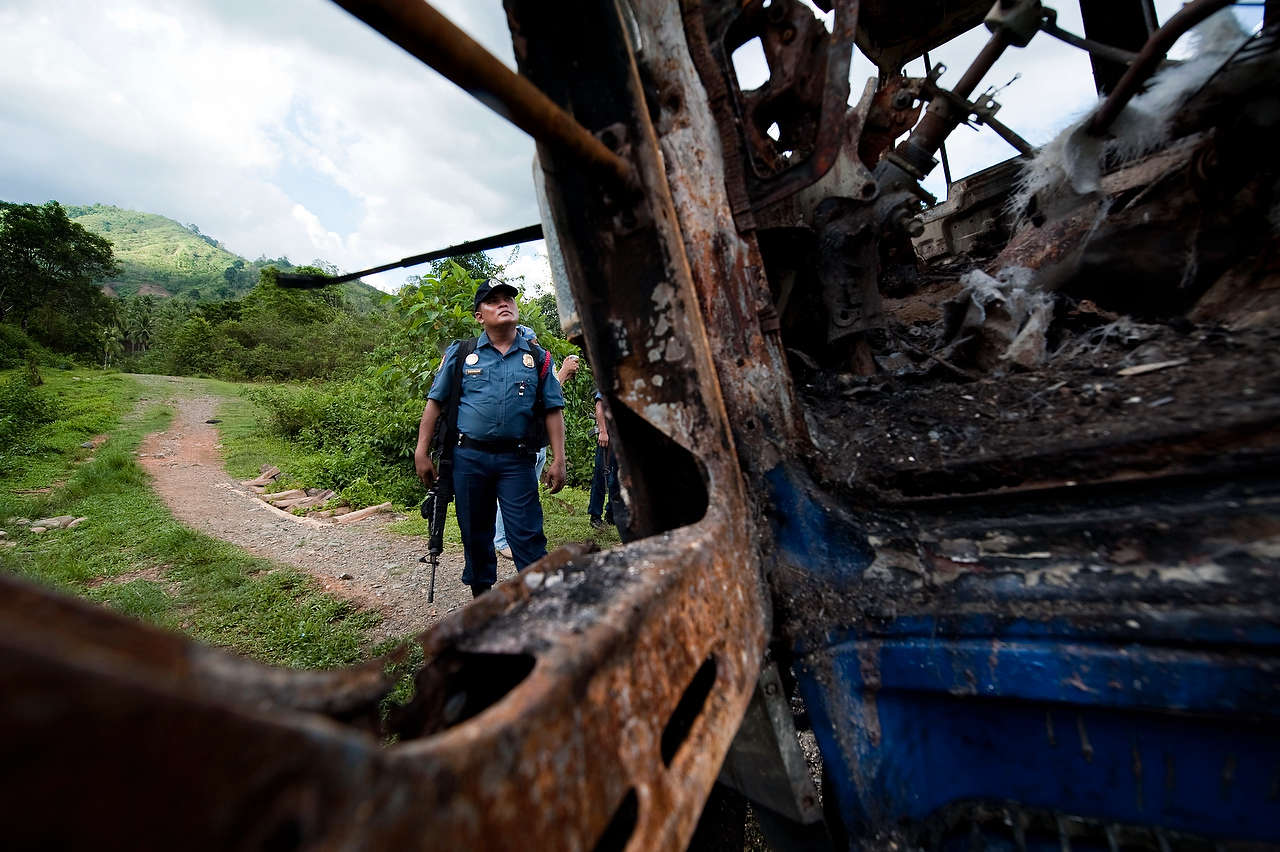 police officer at the crime scene where a driver was killed and two trucks were burned.