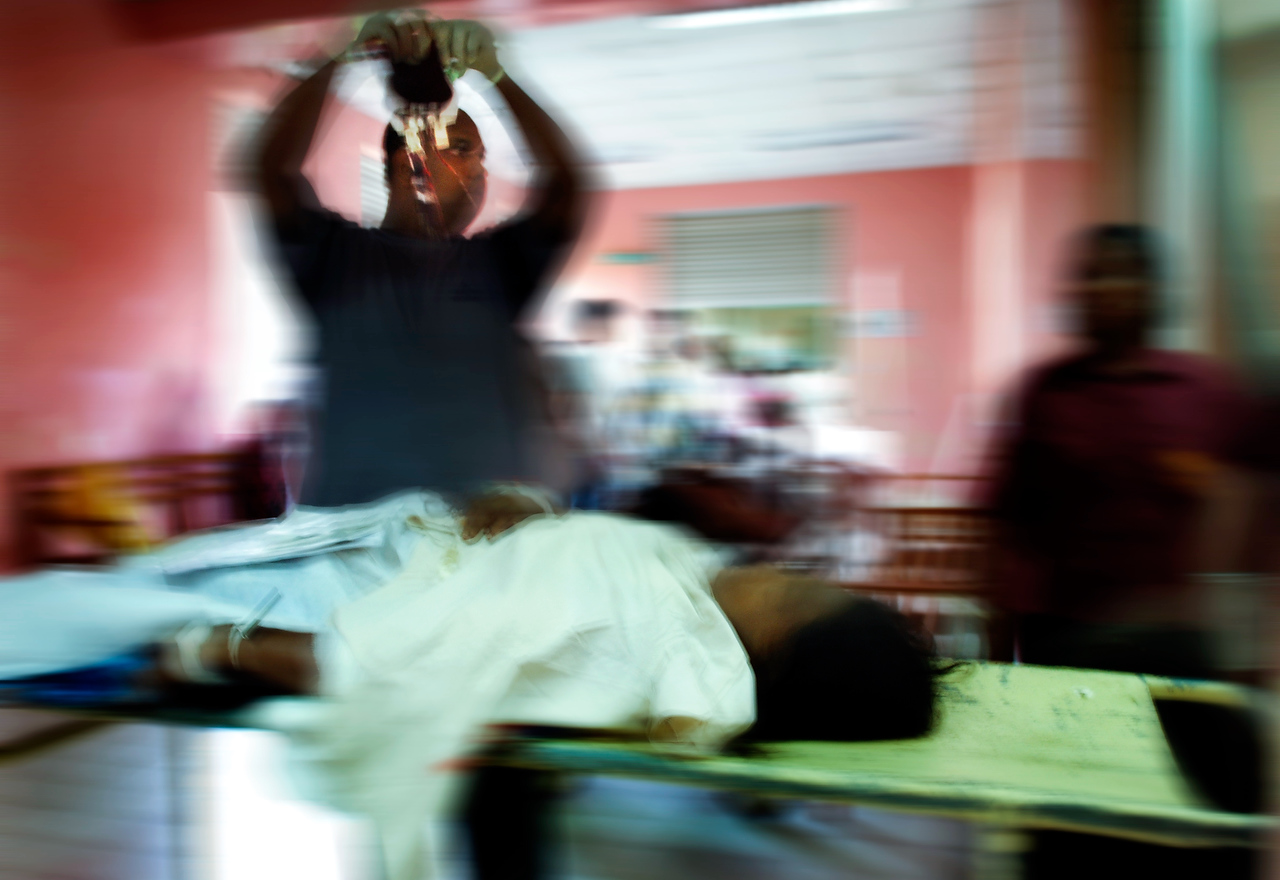 
Injured woman from Muttur is attended by medical staff at Trincomalee hospital. Fierce fighting between LTTE rebels and Security forces in eastern town of Muttur left scores of killed and injured. This was the first batch of injured to be evacuated by the International Red Cross from besieged town of Muttur.