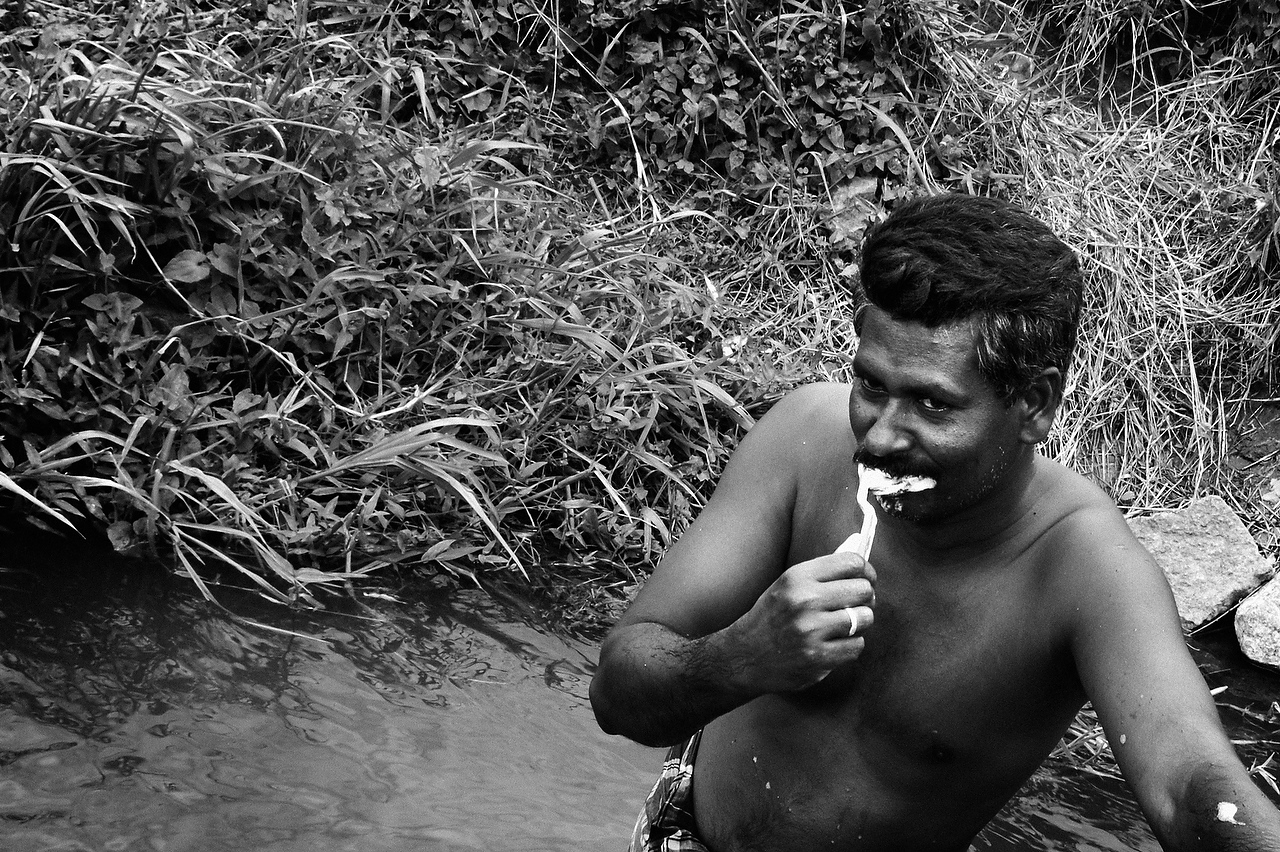 
An Internally Displaced Person of Muttur brushes his teeth in the irrigation canal near the Railway station camp for displaced persons in Kanthale, Trincomalee.