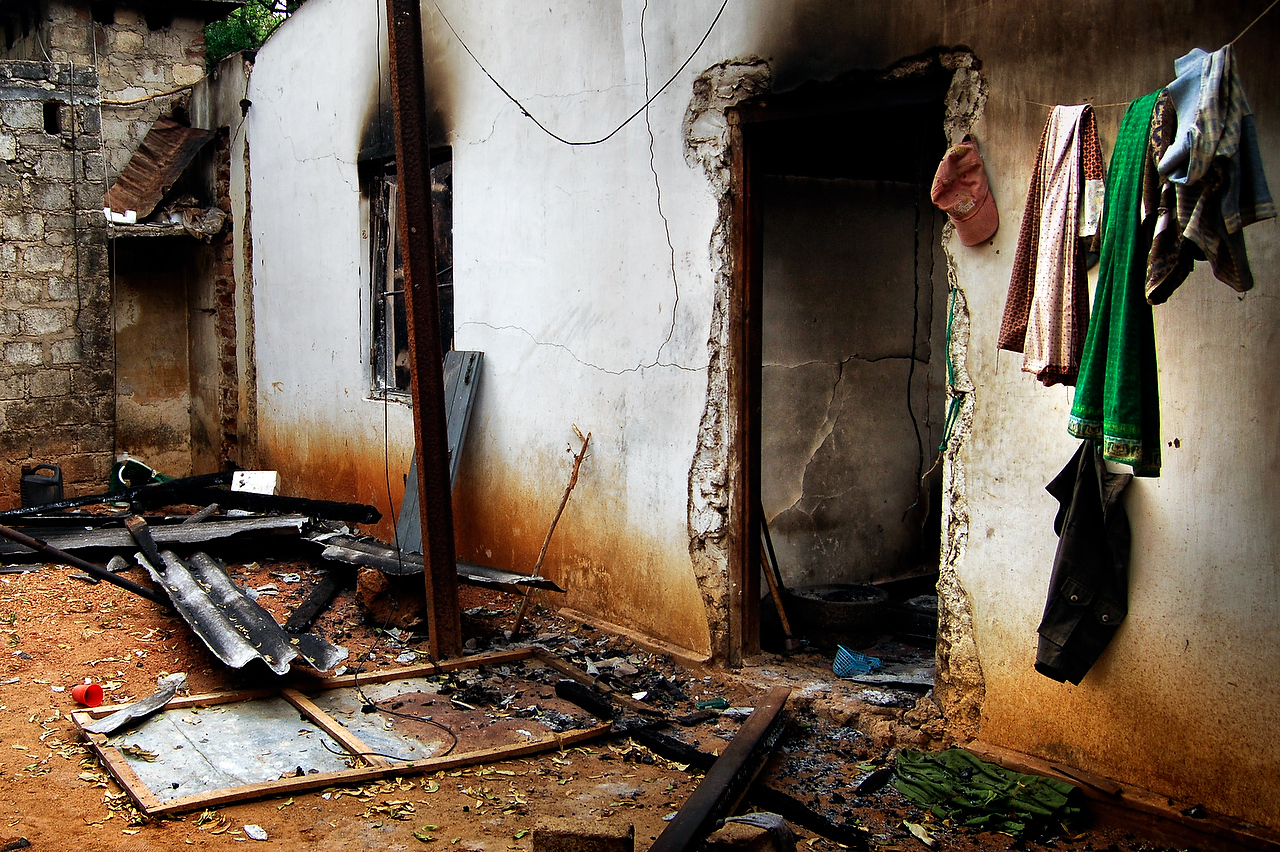 
Burned house of the ethnic Tamil family. The market bomb on 12th April 2006 claimed lifes of several people. Following this incident scores of Sinhalese turned into a mob and started indiscrimminatory retaliation against Tamil community. Houses and businesses were burned down which triggered few thousands of Tamils to seek refuge in other predominantly Tamil areas. In Trincomalee there is almost equal percentage of three ethnicities, Tamils, Singhala and Muslims.

While Tamil villages were attacked by armed Sinhalese gangs police and military did not do anything to protect Tamil civilians.