PORTRAITS OF DISPLACEMENT 2002-2006: portraits of displacement 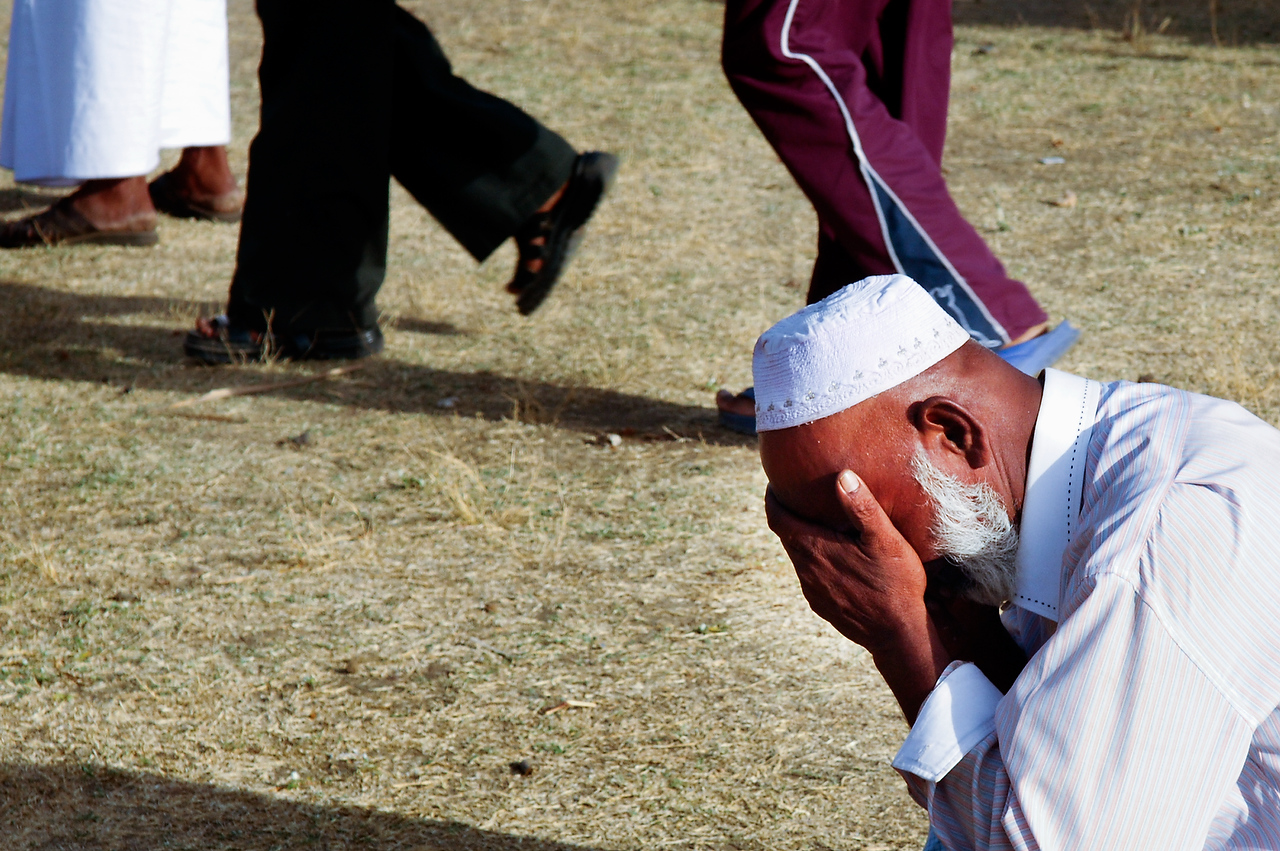 
An elderly internally Displaced Person (IDP) from Muttur weeps while talking on the phone in Al Shaifa Camp for displaced persons.

Some 45,000 people were pushed into displacement and sought sanctuary in Kanthale when the LTTE rebels and the Sri Lanka government forces engaged into fierce battle over the town of Muttur. Muttur town is predominantly populated by Muslims.