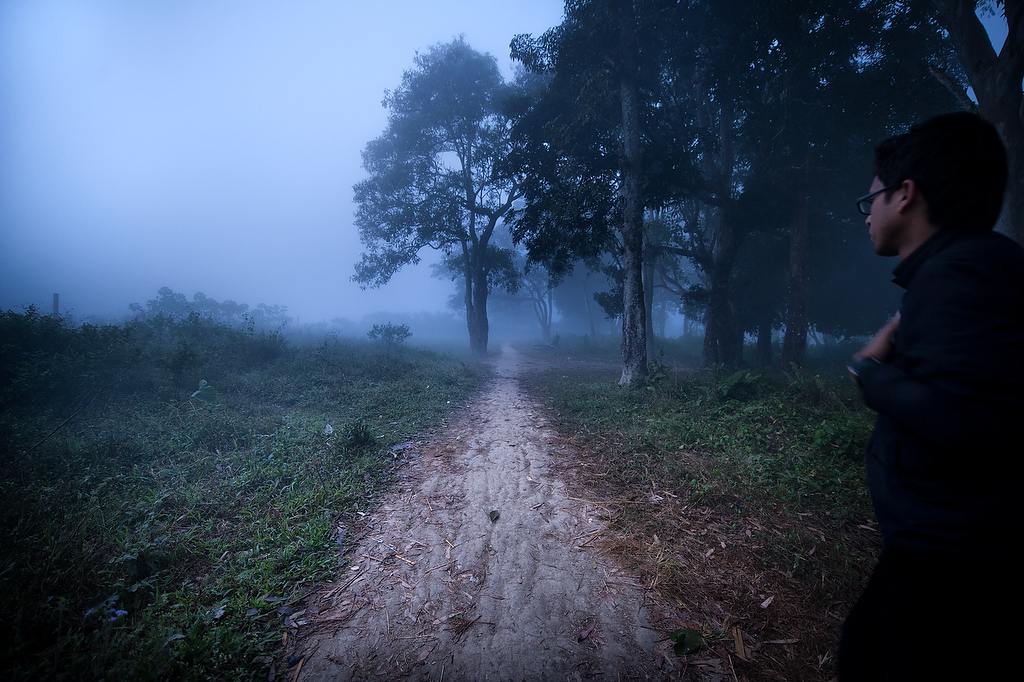 
Nepali tourist heads towards the Hattisar Soura elephant stable to book an elephant for safari.