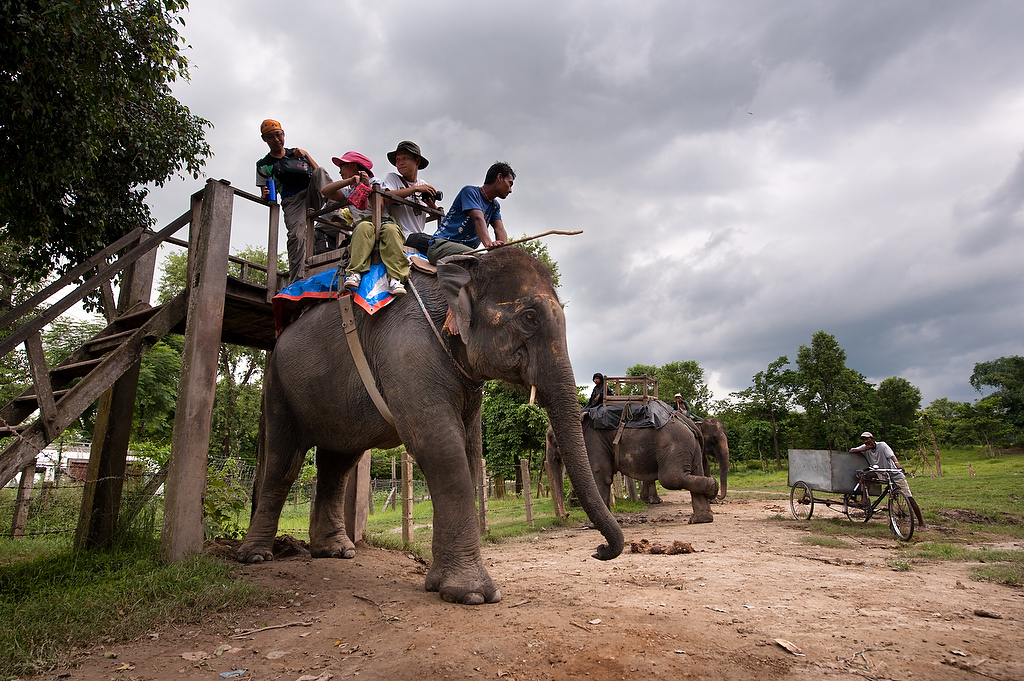 
Tourists climb on the back of the elephant from the ramp at the starting point for elephant safari.