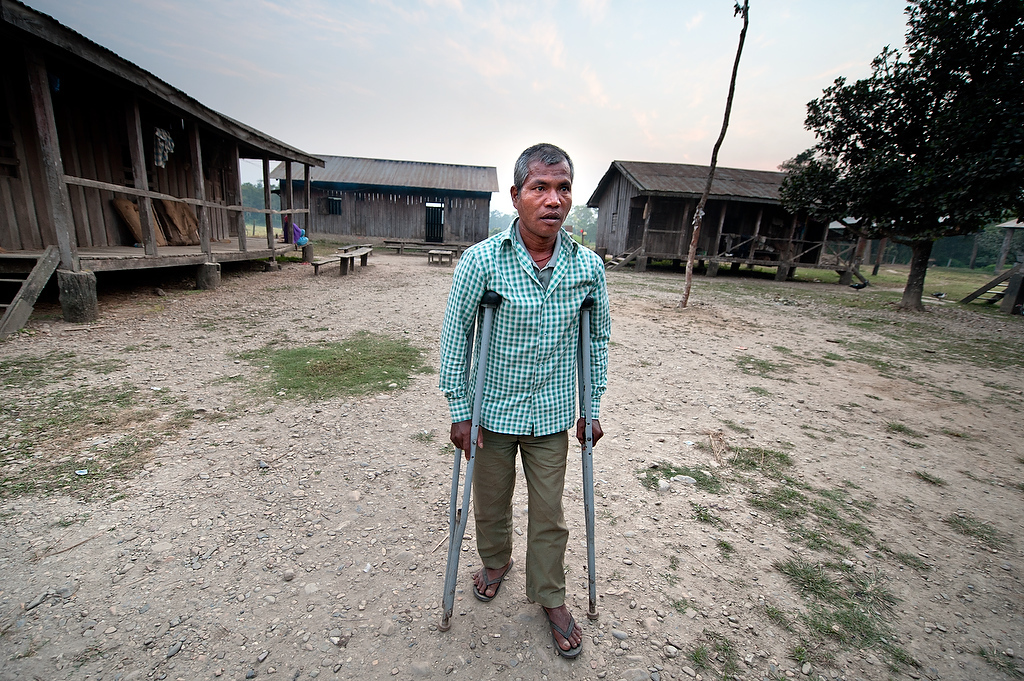 
Shankar Chowdhary helps himself to walk with cane inside the mahouts compound. Shankar has been elephant handler for 19 years. A year and half ago he was injured by the elephant of his colleague while attending his own elephant. The other elephant hit him with his tusks before stepping on his leg. Injuries caused by the elephant rendered him incapacitated up to today and can't ride an elephant.

Elephant stable, Hattisar Soura, has 16 elephants and 30 handlers. Among elephant handlers there are also two female handlers. It is the state run stable and the government appoints all employees. The stable caters mainly tourists for safari in Chitwan national park.

Elephant handlers live in compound with very basic facilities. None of the mahouts has families living with them in a stable except one whose children live with him in order to attend the school in the village. With the wages not exceeding USD 15 per month, mahouts and their families live on the brink of existence.